Posted on October 9, 2018 by bernieLynne

We weren’t really able to squeeze many work days out of September, mostly because the weather acted like it was mid October. Lots of cool cloudy days and several bouts of snow. 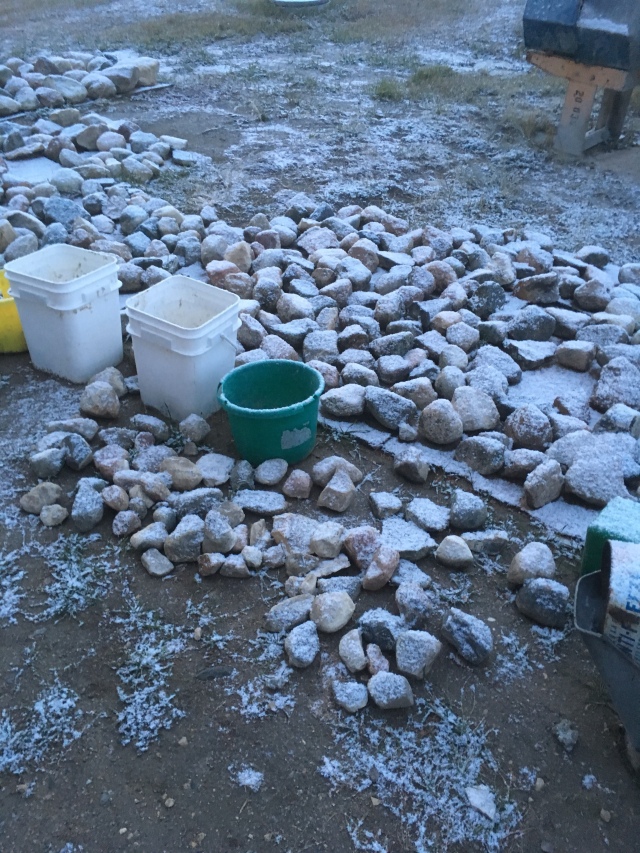 Which means we didn’t get where we wanted to be as far as construction goes. First it was too hot and then; boom too cold.

Ron did do a mix of mortar and get the rocks up one level higher but even that didn’t go well. The weather was cool and it took several hours for the mortar to set up. And then it cracked. And not in one place but in several. We’ve not had that happen before and needless to say the mason isn’t very happy. The plan is to run a smoothing coat over it in the spring. It’s not load bearing so at least it should not develop into a structural issue. 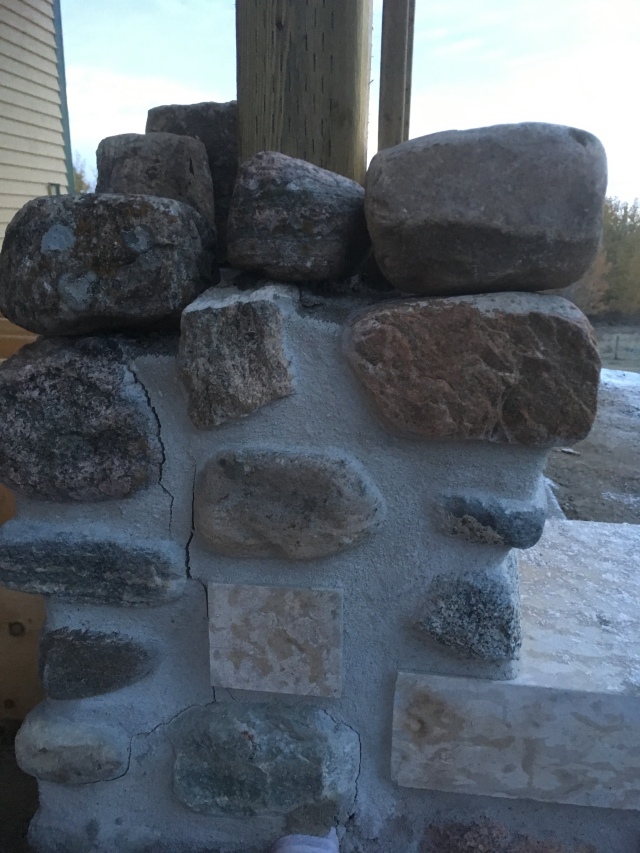 I also didn’t finish what I started. Not long after I got all the ceiling tongue and groove pulled out of storage I lost the weather for painting. I hope to still get the prep work done which is a lot of sanding as they are salvage from a house on University Drive.

Ron has found other parts of the verandah that he can work on though so we’ve made a bit of progress. The flashing arrived so he put that up and did 90% of the shingling. He’s waiting for one little flashing piece before he can finish it up. 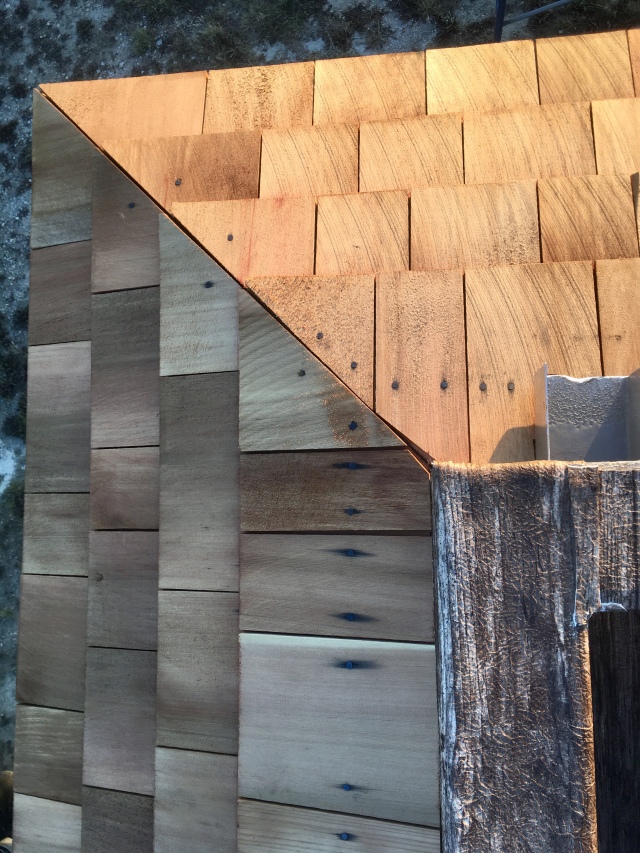 It would seem we won’t be shingling the tractor shed or the kitchen attic portion of the house this fall. Don’t think we will manage to redo the 2 doors he had earmarked as well.

We’ve barely managed, between snow falls, to get the basic yard work done. The garden is all in and while the weather turned around on Sunday we did the windows and then the flowerbeds. 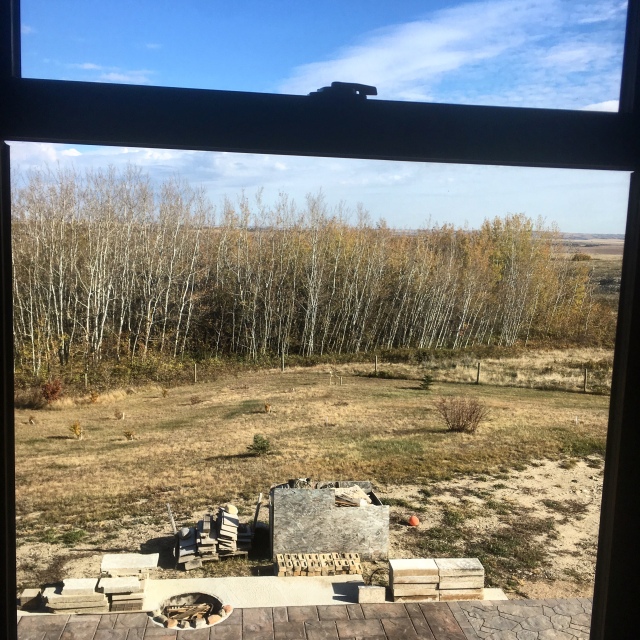 I’m happy to report that take 2 of something from nothing has turned out well this year. I love having something in the pots as the textures and colours are much more pleasing than empty big pots sitting outside. The corn never amounted to mix. In the garden so I’m glad to put it to use here. 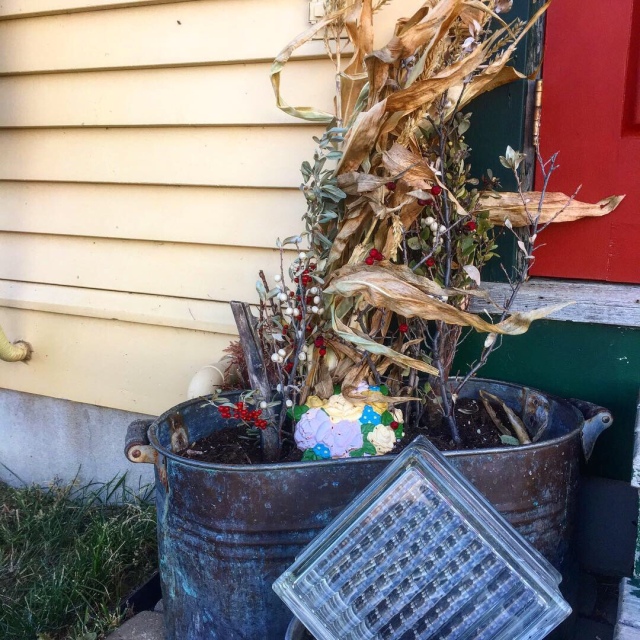 I feel like it maybe a while before I blog again on the house site. Winter often comes with slow projects and not much to report. Although having said that we are still thinking about having a 100th birthday party for the house in October so there might be one more post soon.